Steve graduated with honors from Hamline University School of Law in St. Paul, Minnesota in 1989.  Steve focuses his practice exclusively on personal injury. After eleven years practicing in Milwaukee as an Insurance Defense lawyer, Steve returned to his hometown of Janesville in 2002.  Since then, Steve’s practice focuses exclusively on representing those injured due to the fault of others.  Steve has utilized his years of experience representing insurers to the advantage of his clients.

Steve is recognized by the National Trial Lawyers Association as one of top 100 trial lawyers in Wisconsin.  Steve has been named a Wisconsin Super Lawyer in the area of Personal Injury by Super Lawyers Magazine every year since 2009.  He has also been named one of the “10 Best Lawyers” in Wisconsin for client satisfaction by the National Institute of Personal Injury Attorneys.  Steve was also named as being in the top one percent of Personal Injury Lawyers in Wisconsin by the National Association of Distinguished Lawyers.  Steve is also the only attorney in the history of Rock County to be admitted to membership in the Wisconsin Chapter of the American Board of Trial Advocates.  Of the over 18,000 lawyers in Wisconsin, only 80 members of the State Bar of Wisconsin belong to this prestigious group.  Steve is also active in the community and presently serves as President of Friends of Noah, an animal rescue organization.  Steve is also President of the Rock River Recovery Network, a non profit organization dedicated to assisting individuals overcome drug and alcohol abuse.

Steve has handled a variety of claims in both state and federal courts including arising out of car crashes, truck crashes, motorcycle crashes, ATV crashes, premises liability cases, construction defects, faulty use of firearms and a variety of other types of cases. 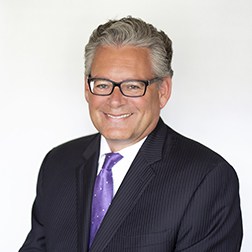 The service you expect, the solutions you need.

The attorneys and staff at Nowlan are ready to answer your questions and offer timely assistance. No question is too small, no request too insignificant. We are here to help. We look forward to hearing from you and working together.
give us a call
send us a message